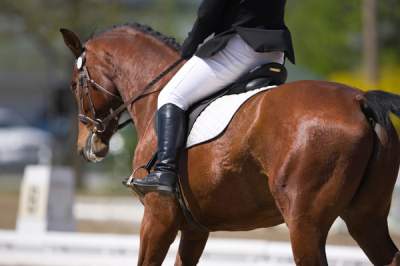 “Tapering” is a method of training that reduces the amount of physical exertion by an athlete prior to competitions for better performance. Human athletes have used this technique for many years. A group of researchers recently studied the effects of this training method on horse athletes and concluded that the Tapering method may have performance benefits for the horse athlete too. (Study: Effect of Recovery Periods during Conditioning of Horses on Fitness Parameter)

Over this nine week period the performance parameter V4 increased. “A higher V4 indicates the horse is more fit and will perform better because it either takes longer or higher speed for blood lactate levels to rise; V4 is generally considered the target for a horse in optimum fitness condition.”

Little research has been done on the effects of Tapering and the sport horse. Additional study will need to be to be completed to optimize a Tapering training program for the equine athlete.
View full article here:
http://feeds.thehorse.com/~r/TheHorse/News/~3/QSFoNwsAaKg/viewarticle.aspx