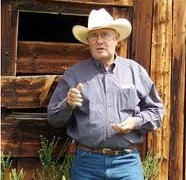 After all, horse owners have to do something with aging animals. So, many are slaughtered anyway – but in Mexico instead of the U.S., a new congressional report indicates.

“Now those horses are being sold extremely cheap, and most everybody in the horse business knows what‚Äôs happening to them,” Baker said.

The practice is prevalent: U.S. horse exports to Mexico increased more than six-fold between 2006 and 2010, and exports to Canada more than doubled in that time, the U.S. Government Accountability Office found. Roughly the same number of U.S. horses – nearly 138,000 – continues to be slaughtered as before Congress stopped funding for inspections, the report said.

The horsemeat is usually exported to Europe, where it is sold for human consumption.

The facilities had managed to stay open until then thanks to a USDA program under which the facilities voluntarily paid for inspections. Prior to that, Congress voted in 2005 to stop USDA funding.

Since then, horse abandonment is up, and average horse auction prices, adoptions and general horse welfare have suffered, based on accounts from state veterinarians and reports of abandonment and neglect.

Horse abandonment is even up in Dallas County. The Dallas County Sheriff‚Äôs office reported impounding 154 horses in 2010, an increase from 123 in 2006.

The office, which investigates government actions and policy for Congress, recommended lawmakers either lift the restrictions or make horse slaughter and transportation of horses for slaughter illegal.

The Humane Society wants a total ban. Humane Society equine protection director Keith Dane said the problems with the de facto ban are overstated, but he agreed the current policy also is unacceptable.

“We need to continue the path toward ending the slaughter of American horses,” Dane said. “We‚Äôre not open to entertaining the possibility of reopening the plants here. That would be viewed as backsliding and a return to an industry here in the United States that is not necessary and that is cruel and inhumane.”

Dane said there are other ways to deal with old horses, such as euthanasia and burial or taking the horse to rendering plants. He also said that horses in good condition _ not just aging ones _ end up slaughtered, too.

The Humane Society supports a bill by Sen. Mary Landrieu, D-La., that would ban horse slaughter and the transportation of horses to be slaughtered outside the country. Nearly a quarter of senators have joined her as co-sponsors.

Despite the apparent lack of support for horse slaughter in Washington, legislatures in six states – Arkansas, North Dakota, Oklahoma, South Dakota, Utah and Wyoming – have passed resolutions urging Congress to reverse course and allow the practice.

Texas state Rep. Warren Chisum, a Pampa Republican who is a rancher, said he believes Texas lawmakers would vote to overturn the state‚Äôs slaughter ban if Congress acts first.

But that wouldn‚Äôt guarantee that the facilities would reopen. Kaufman Mayor William Fortner said he wouldn‚Äôt support reopening a facility in the city.

Lee Ayres, who was the Kaufman Chamber of Commerce president and chief executive at the time, said citizens were concerned when Dallas Crown was leaving, but now, “it was like it was never here. It was weird.”

Beltex is still around in Fort Worth, offering specialty meats like wild boar and ostriches.

Baker, the Granbury rancher, said he was impressed when he visited the Beltex facility where he picked up pituitary glands for research before horse slaughter was banned.

“I‚Äôd eat off the floor there, it was so clean,” Baker said. The fact that horses were being slaughtered was sad, Baker said, “but at least, in my opinion, they had a humane end to their life.”