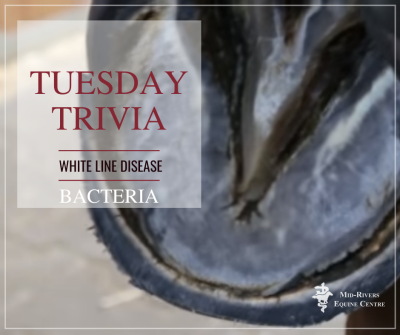 White Line Disease is caused by spore-forming bacteria. To date, twenty-two different types of fungal spores have been identified. The condition occurs when pathogens invade a weak or compromised hoof wall where they deteriorate the non-pigment portions of the horn wall.

Radiographs confirm a diagnosis of white line disease by capturing the presence of gas trapped in the hoof wall. Treatment includes removal of the diseased hoof wall, allowing oxygen to reach and kill the bacteria.

The disease is often associated with laminitis.